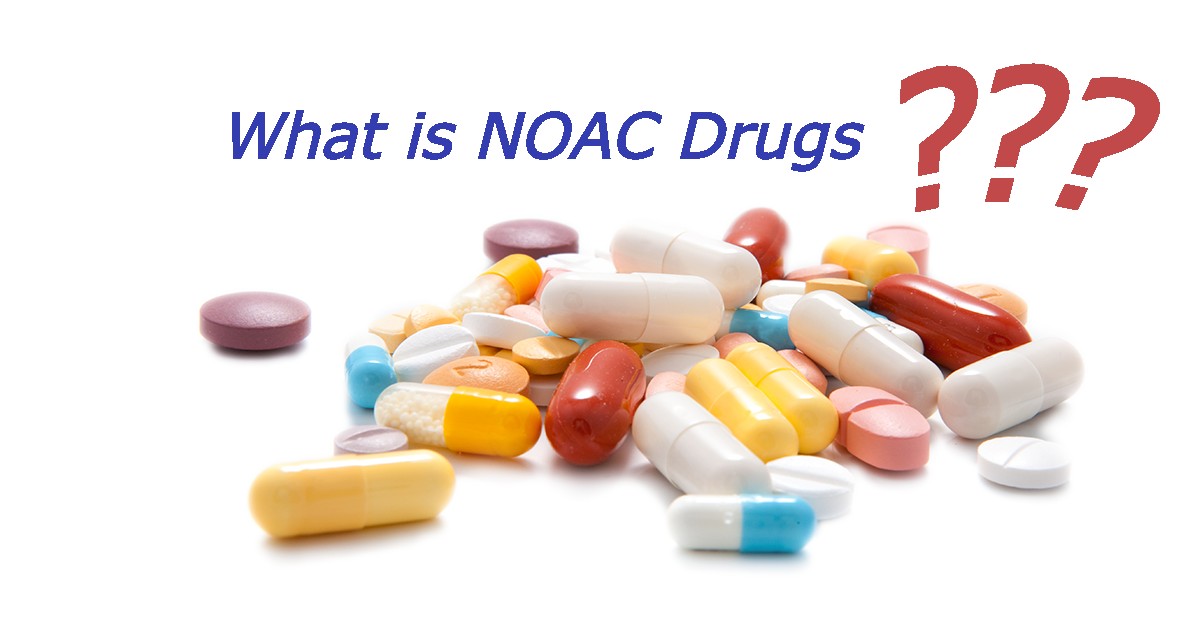 All you need to know about NOAC drugs

Novel oral anticoagulants, now known as NOACs, are a new class of anticoagulants drugs. Not only can this be used to prevent stroke, but it can also be used to manage venous thromboembolisms. Since most people in America and the UK have non-valvular AF, this new drug is a game changer. This new blood thinner that has been lauded to be better than the well-known and popular Warfarin, is a game changer. But what exactly is a NOAC drug?

There is a complex system that involves the formation of blood clots. NOACs interrupts part of this complex system, and causes blood to take longer to clot, thus reducing the risk of any AF-related strokes. Every single one of the NOAC drugs have shown to be just as effective at preventing strokes as Warfarin. But the main difference between NOACs and drugs such as Warfarin is that NOACs are not as influenced by diet and other medications.

What this means is that your doctor can prescribe a set dose of a NOAC with the knowledge that as long as the medication is taken, the patient will be protected against the risk of stroke. What it also means is that the patient does not need to go for constant blood tests just to see whether the medication is working. But does this mean that you should stop taking Warfarin and switch over to a NOAC drug? The answer is no.

Warfarin remains to be very effective at preventing stroke, and if you are on a successful dosage of Warfarin, then there is nothing to gain from switching to a NOAC drug. If, however, you are suffering side effects from Warfarin, you might want to take a look at switching over to a NOAC drug.

NOACs have the great advantage that they have a lower incidence of major bleeding. Other NOAC benefits is that they are very convenient to use and do not need laboratory monitoring. Another benefit is that they have minor drug and food interactions, which makes it easier for the patient to take without constantly having to visit the doctor to find out whether their medication is safe to take with a certain food or other medication. But as always, it is definitely best to consult your doctor when you do decide to make the switch to a NOAC drug.

But every silver lining surrounds a cloud. NOAC drugs might seem like the new wonder drug, but every medication has its limitations, side effects and disadvantages. Before making the switch you should know that they come at a higher cost, they cannot be used for patients with severe renal and hepatic disease, patients with mechanical valves cannot use it, neither can any individuals younger than 18 years of age, nor elderly patients. This does make the market pool for NOAC drugs smaller, but it does not mean that it is any less effective.

NOAC drugs in comparison to others

Several studies has been done to see how NOAC drugs compare to other more conventional medications such as Warfarin. These studies are done by several doctors, pathologists and laboratories so that it may pass the necessary requirements of the FDA. If it does not pass those requirements, then it cannot be prescribed by a doctor. This taken into consideration, the ‘traditional’ blood thinning medication has also passed these tests, and has been on the market for several years. But how do they compare?

The traditional vitamin K antagonist drugs, also known as VKA drugs, are the only oral anticoagulants that has been used for the past 60 years. NOAC drugs have only been on the market for the past 5 to 10 years. Where VKAs prevent the coagulation process by suppressing the synthesis of vitamin K dependent factors, NOAC drugs differ by directly inhibiting key proteases. Both VKA and NOAC drugs have the important indication of the prevention and treatment of deep vein thrombosis as well as pulmonary embolisms. Furthermore they are used to prevent atherothrombotic events in the heart and brain.

When comparing NOAC drugs to VKA drugs, the most common difference comes in with safety issues. NOAC drugs poses a much lower incidence of major bleeding, has the convenience of usage, has minor drug and food interactions, has a wide therapeutic window, and there is no need for laboratory monitoring. But there are still some conditions where VKA drugs are still the drug of choice. Overall the pros of NOAC far outweighs the cons, and is overall the better drug of choice according to many studies.

You should also check our test for natural blood thinners

NOACs have been developed by several drug companies, and there are a couple that stand out. You may even recognise some of them, and realise that you have been using a NOAC drug for far longer than you realised. Some of (NOACs list)/these include Rivaroxaban, Xarelto, Dabigatran, Pradaxa, Apixaban, Eliquis, Edoxaban, and Lixiana.

Although these drugs are safe to use, doctors still tend to rather prescribe a VKA drug instead of a NOAC drug. In some instances this makes sense, especially when you look at the exclusion market of the NOAC drug. If a doctor has a patient younger than 18, or a patient who has a mechanical heart valve, then NOAC drugs cannot be prescribed.

The body of the patient then becomes used to the VKA drug, which can make it difficult to switch over to a NOAC drug. Once a patient becomes elderly, it will often occur that a doctor will switch a patient over from a NOAC drug to a VKA drug. Which makes sense, because laboratory blood testing is needed for other conditions that might arise.

NOAC drugs might very well be the new blood thinners, but VKA drugs will always be there in cases where NOAC drugs simply are not viable. The fact that NOAC drugs are also much more costly is another reason why the more traditional VKA drugs will always have its place in the ring. NOAC drugs have many benefits, but the exclusions makes it unattainable for many. Over the years this will change, as more studies are done and the drug is further refined to make it more inclusive. Doctors are still finding out a lot about the human body each day, and how certain drugs interact with different people. Since human drug trials are still relatively new, this still leaves a wide open window for testing. There are also potential side effects that needs to be ironed out, which can take several years still to obtain.

One of the major side effects of NOAC drugs is that there are currently no reversal agents available for it. For someone taking Warfarin there is a reversal agent available called Dabigatran, which is only used for emergencies in hospitals. Another point of importance is that if you are taking a NOAC drug, you cannot miss a dose. Because it acts for a much shorter period time than Warfarin, you are not protected when you miss a dose.

If you do however forget a dose and it is less than half the time to the next scheduled dose, then you may take the medicine and continue as normal. But if this is not the case, the next dose should be upon the next scheduled time. As with any blood thinning medication, you should not take a double dose of the medication, as this puts you at a much higher risk of bleeding.

Bleeding is one of the main concerns when you are on blood thinning medication, and unusual bleeding has certain tell-tale signs that you can look out for. If you have severe or unexplained bruising, or bruising that appears and gets bigger with no explanation, this warrants a visit to your doctor. Red or black tar-like bowel movements are also a cause of concern, and a stool sample should be taken with you to the doctor. All of this is of relevance whether you are on a NOAC drug or a VKA drug, and an emergency bracelet or chain should be worn.

This will let someone know that you are at a much greater risk of bleeding than a normal person, and that you might be in danger of internal bleeding with something as small as a blow to the head or falling down. Even walking into a table too hard can put you at risk. Unfortunately this is the life of someone who has to take blood thinning medication. Any anticoagulant puts you at greater risk of bleeding, and it may sometimes feel as if you need to wrap yourself up in bubble wrap to avoid getting hurt. Of the many factors that may exclude patients from being able to take NOAC drugs, it stands to reason that VKA drugs have had many more years to be refined. This stands true for NOAC drugs as well.

In time the prices of NOAC drugs will lessen, and its inclusion will also grow as further testing and development is done. Where a patient who has a functional disorder of the liver or kidney may not be able to take NOAC drugs at the moment, it might change in a couple of years. Medicine is an ever-evolving endeavour, and doctors, scientists and laboratories are always striving to give patients the absolute best that they can. They understand the struggles many people face, and strive to find new, affordable and comfortable ways for patients to live with their conditions.