Skip to content
Home > None blood thinner > Coffee: From Bean to Cup 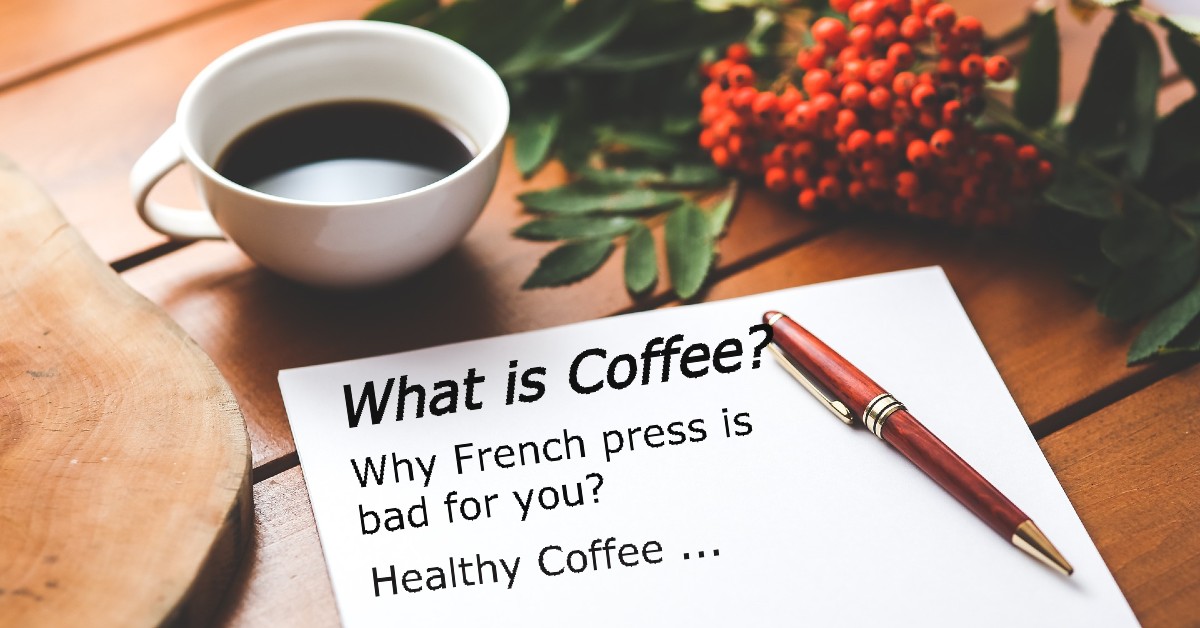 Coffee: From Bean to Cup

Many people cannot function until they have their first cup of java in the morning. Do not even speak until the caffeine is flowing through their veins. Many consume coffee instead of breakfast or at the end of a formal meal.

What is coffee? Coffee is brewed from roasted beans, dark in colour, bitter and slightly acidic, coffee has a stimulating effect due to the caffeine content. It is one of one of the most popular drinks in the world. (Oder, 2015). Finland is the highest consumer of coffee in the world at 12kg followed closely by Norway at 9.9kg.

Clinical research shows moderate coffee consumption is mildly beneficial as a stimulant for a healthy adult, with continuing research into if long term consumption reduces some diseases. (Poole, et al, 2017). What health benefits does coffee give to consumers?

Listening to the attached You tube video, drinking coffee on an empty stomach in the morning increase the clotting ability of the blood. In other words, coffee does not thin the blood.

When caffeine makes the blood vessels in our bodies narrower, this leaves less room for blood flow which in urn raises blood pressure. The blood vessels supplying blood to the brain narrow as much as 27% after caffeine intake which slows the ability to think and perform mental tasks.

The French Press has been in the news for a long time as an unhealthy way to brew coffee because its’ filter does not filter out the cafetol. Cafetol is the substance that causes the body’s LDL, the “bad” cholesterol, levels to rise. Is there a healthy brew?

This sounds like an oxyi-moron, healthy coffee? However, Expresso due to its’ higher number of suspended solids has no calories and significant amounts of magnesium, B vitamins, niacin, and riboflavin. (USDA, gov 2016).

Are there health benefits? Absolutely!!As previously stated, coffee consumed in moderate amounts of one to three cups a day, is more likely to improve health outcomes than to cause harm.

Studies have found the coffee can have a positive effect on post-operative stomach surgery and enhances gastric function. Coffee has been found to lower the risk of death immoderate drinkers.

This review also found the risk of hypotension was reduced by 2% by one cup a day. Other health effects are lowering anxiety, lowering the risk of Parkinson disease and some cancers. Increasing evidence shows coffee can be a protective factor against Liver disease.

Benefits of Giving up Coffee

Heavy coffee drinkers of over 4 cups a day can expect to see several health benefits of giving up coffee. Better sleep, less anxiety and breaking the caffeine addiction are among the best benefits. The body will absorb vitamins and minerals more efficiently and teeth will be whiter and healthier.

Balanced hormones, and lower blood pressure with balanced brain chemistry. Withdrawing from coffee can produce withdrawal symptoms and effect moods temporarily so it is beneficial to withdraw at a slower pace to minimize these symptoms.

People can expect greater energy as well as savings in the grocery bill. Clarity of thought and quicker reflexes happen because of balancing the brain chemicals. On the whole coffee, if drunk in moderation, can have positive ramifications for the body and brain. Over 4 cups a day denotes a heavy coffee drinker and if the body is dependent on caffeine, it can be as little as 24-48 hours before symptoms appear. These may last for up to 10 days.

A reduction in headaches and reflux conditions may result with the reduction in coffee. The skin will start to plump as coffee dries the skin out, therefore the aging process slows in most people.

Organo Gold Coffee & its side effects

Organo gold coffee is infused with an ancient Chinese mushroom known as Ganoderma Lucidum. This medicinal mushroom is a superfood on its own. So, when it’s extract is blended with coffee beans it packs in all the nutrition with the coffee which makes it a powerhouse of health.

Organo coffee is made with organic ingredients and is the biggest consumed coffee today. This coffee is full of minerals and antioxidants it is deemed the healthiest coffee on the market. It is grown in non-toxic and disease-free environments in over 40 countries. The use of organo coffee puts antioxidants to support the body’s immune system.

Side effect may include dizziness, stomach upsets and skin irritations. It is recommended to seek your health provider’s advice particularly if taking blood thinning medications or some cancer medications.

This article has discussed coffee and its side effects and health benefits of moderate coffee drinkers. Some coffee brews are healthier than others, expresso has no calories and more B vitamins than any other brew of coffee and French pressed coffee is deemed unhealthy because the filtering process does not remove the substance, cafetol which rises the bad cholesterol in the body.

This article touches on the benefits of giving up coffee in the case of heavy usage and withdrawal symptoms and the health benefits of moderate coffee drinkers.

Finally, Organo Gold coffee and its unusual method of production makes an appearance. This coffee is touted as the healthiest of all coffee but cautions against use with some medications.